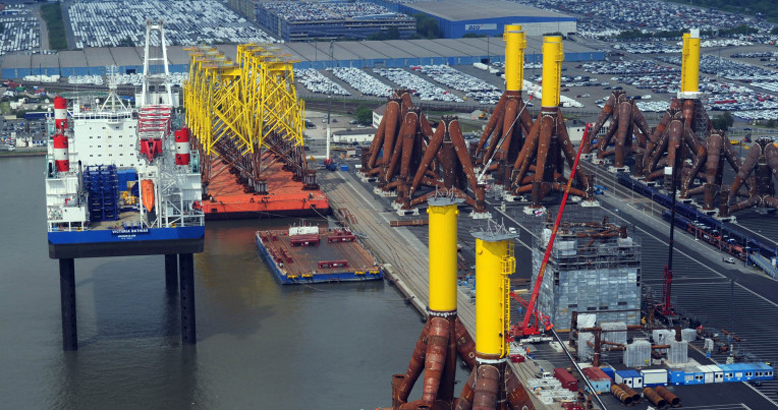 We have been marketing the offshore wind industry

in our “Power Hub Region” pilot project since 2011.

Very positive and dynamic economic development has taken place along the Weser estuary since 2005. An association of neighbouring municipalities mutually supporting each other in business development has assisted the region in its successful positioning as a competence centre for growth-driven and future-oriented industries.

The municipalities, cities and districts taking part in a pilot project to market offshore wind energy developed the concept of the Power Hub Region. The city of Bremerhaven, neighbouring communities in the surrounding area in Lower Saxony, the district of Cuxhaven, the city of Nordenham and the district of Wesermarsch adopted this brand name at their first joint presentation in early 2011.

Since then we have continued to further develop the Power Hub Region brand. This entails the joint marketing of commercial sites and the support of other future-oriented industries in the region.